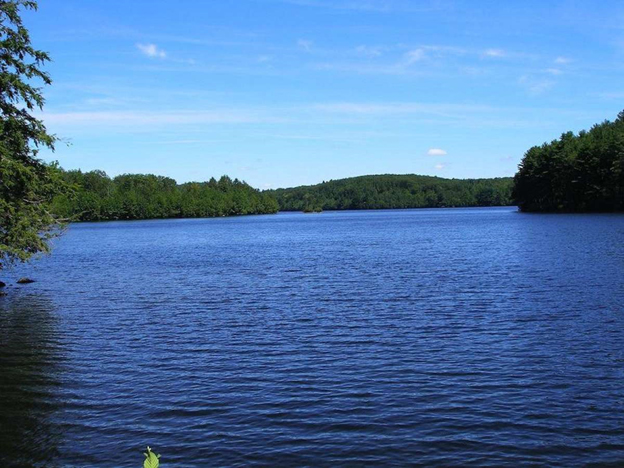 A view of Crystal Lake in Winchester.   Jerry Dougherty / Contributed

WINSTED — Crystal Lake, the town’s primary source for drinking water, is surrounded by acres of land that protects the watershed and the water treatment plant also is located on that property.

Now the state Department of Energy and Environmental Protection is proposing to pay Winsted $750,000 for conservation easements for each of the 25 parcels around Crystal Lake — about 1,300 acres — with the exception of the 46 acres that surround the water treatment plant.

The money would be used by the water and sewer commission, according to Town Manager Josh Kelly, to further protect Crystal Lake.

“After the sale of the easements, the land would still be owned by the town, and passive recreation, hiking and walking would be allowed,” he said.

According to Kelly, the DEEP will pay Winsted $442,500, and the remaining $307,500 will come from the Housatonic Valley Association, which has environmental efforts that include protecting bodies of water and rivers around the northwest corner of the state. The HVA is fundraising for that portion of the payment.

Buying conservation easements around bodies of water is part of the DEEP’s Open Space and Watershed Land Acquisition Grant program, which enables land trusts, towns and water companies to protect forests, farmland and other open space for conservation, according to ctconservation.org.

The goal of the program is to permanently protect 21 percent of the state’s land area, or 673,210 acres by 2023. Towns like Winsted become “conservation partners,” according to the DEEP.

The Board of Selectmen voted to send Kelly’s proposal to the town’s land use boards — primarily, the Planning & Zoning Commission — for an 8-24 referral, which is required for any municipal improvement projects.

According to the statute, listed at cga.ct.gov, numerous types of land acquisitions and abandonments must go to a local zoning agency for a report before they can move forward.

Kelly said once the 8-24 is approved, it would come back to the Board of Selectmen, which would hold a town meeting and vote on it. The state would then designate the conservation easements around the lake.

Kelly recommended that the selectmen accept the offer and send it to the land use boards.

“We are in need of protecting that watershed from pollutants, and currently there are no formal protections in place,” he said.

“We don’t have plans to develop the land in the 25 parcels on which DEEP would like to buy conservation easements, and accepting this proposal would simultaneously formalize our conservation of this land, and give the town $750,000 that it wouldn’t otherwise obtain,” Kelly said.

At the time of Kelly’s recent presentation to the Board of Selectmen, Selectman Jack Bourque wondered about HVA’s ability to raise its share of the money.

The HVA’s funding could take some time, Kelly said.

“HVA said it will take them until the end of 2022 to raise their part of the money,” he said. “But there are private donors who look for investments like this.”