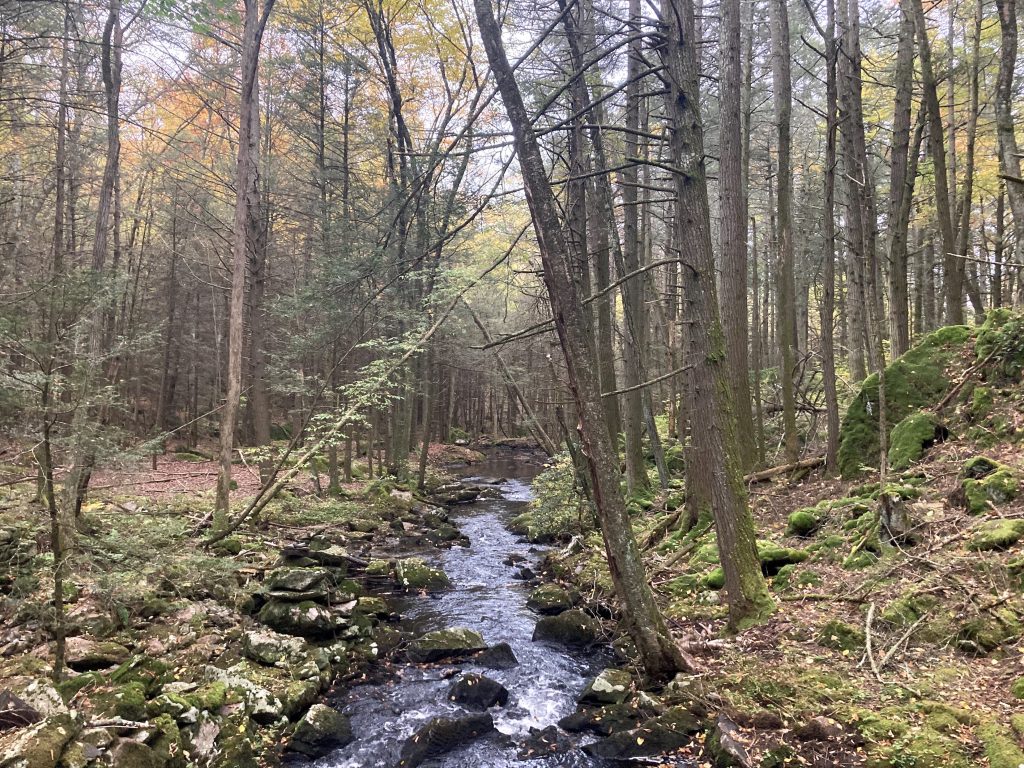 The Housatonic Valley Association (HVA) has a short film on its website that introduces Follow the Forest, a conservation effort with nearly 50 partners in Connecticut, Massachusetts, New York and Vermont.

In a nutshell, Follow the Forest is an effort to protect and connect large, forested areas from the Hudson Valley to Canada, enabling wildlife to move freely between them according to their migratory needs and in response to the changing climate.

The short (two and a half minutes) film includes familiar landscapes, including an overhead shot of Route 7 where Carse Brook runs beneath the highway and into the Housatonic River.

In a phone interview Thursday, Feb. 3, Abbott said the overhead shot (made with a drone), with the road slicing through the landscape, was chosen deliberately, to emphasize the man-made barriers that can impede the movement of wildlife.

Abbott said he met the filmmaker while the latter was the cinematographer on a short film called “The Loyalist” (2018).

Abbott said he enjoys Revolutionary War reenactments and was hired as an extra for the film.

Asked if that meant he was “charging around in costume with a musket,” Abbott replied in the affirmative.

The purpose of the Follow the Forest film is two-fold, Abbot said.

The first is to make the general public aware of the project.

The second is to provide Abbott “with a credible way” to connect with other conservation groups beyond the Housatonic River watershed.

To see the short film and for more information on Follow the Forest go to www.hvatoday.org.