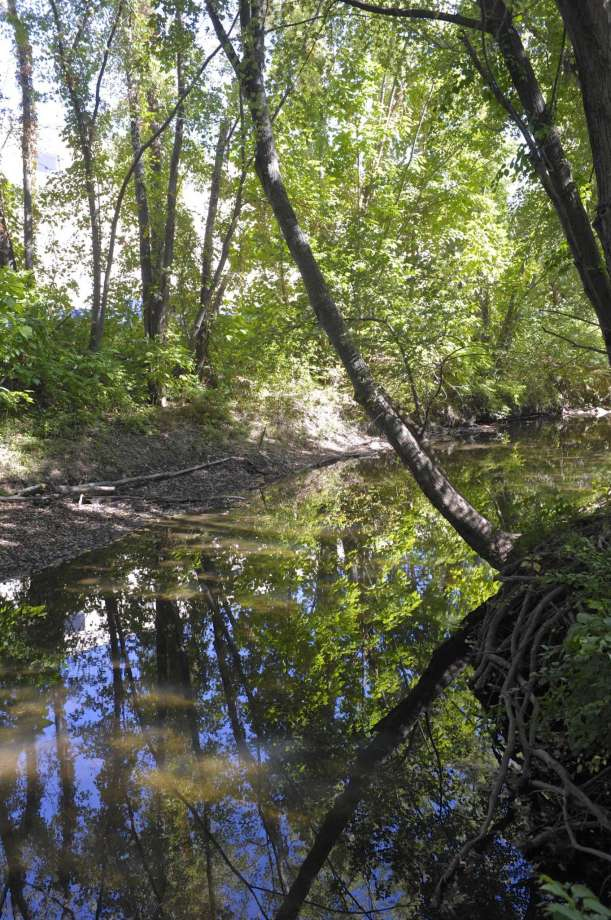 The woods around your house, the state forest or nature preserve up the road, aren’t single entities.

“It’s like the Yellowstone-to-Yukon forest,” said Tim Abbott, director of regional land conservation for the Housatonic Valley Association based in Cornwall. “That’s not hyperbole.

Robert Miller: Before you kick that pine cone, consider its purpose

But in the northeast, it’s in pieces — core forests of 250 acres or more, public and privately owned woods and the corridors that run between them. In places like the Danbury-New York border, the corridor narrows, then widens to the north.

Because of climate change, it’s more important than ever to protect this land from fragmentation and over-development.

“What helps buffer the land and prevent erosion… trees,” said Lynn Werner, executive director of the Housatonic Valley Association. “What do we need for carbon sequestration… trees. What do we need to allow wildlife to move….trees.”

The association is now part of a coordinated effort by many land conservation groups in the northeast to preserve not only the big plots of woodlands, but also the links that connect themnn

Called Follow the Forest, it is trying to create a protected swath of forested land of nearly 5 million acres, running from Westchester County in New York north through Connecticut, Massachusetts and Vermont to Canada.

To help this effort the John and Jane Weiderhold Foundation — part of the Northwest Connecticut Community Foundation — awarded the association a $60,000 grant this month.

In Connecticut, Follow the Forest wants to preserve about 50,000 acres of forest over the next 10 to 15 years.

Which is why Follow the Forest is important: It can help people — state officials, land trust members, private property owners — see how important smaller parcels can be in preserving this grand corridor.

“It’s compelling to donors to see how their land can have a great impact,” said Labich of the Highstead Arboretum.

The arboretum in now part of H2H — The Housatonic to Hudson Regional Conservation Partnership, which is combining the work of many land conservation groups in Fairfield County and New York to find ways to connect open space through corridors.

Its work is mirrored by the Litchfield Hills Greenprint Collaborative for all of Litchfield County and the Berkshire-Taconic Regional Conservation Partnership, which is creating collaborations in New York’s Hudson Valley, northwest Connecticut, western Massachusetts and Vermont.

In turn, these larger groups are talking to each other as well.

These collaborations are necessary simply because the forest doesn’t stop at any state line.

“The landscape transcends state borders,” said Beth Mills, director of conservation programs for the Columbia Land Conservancy centered in Columbia County, New York, and a member of the Berkshire-Taconic partnership.

“Think of open space, forests, wildlife, rivers and streams,” said Tim Abbott of the Housatonic Valley Association and director of the Litchfield Hills Greenprint Collaborative. “Think of how a bear might travel.”

This way of thinking about the scope of the eastern forest — as a mosaic of interconnected pieces that make up a grander whole — has been increasingly understood by conservationists.

But Werner said climate change makes it a necessity.

Having a preserved, interconnected forest corridor will allow some species to adapt to climate change by moving north to a cooler habitat. At the same time, some species living up north may be able to migrate south.

This is happening now.

“We’re realizing the pace of climate change is much faster than we thought,” Werner said. “We think we now have a 10-to-15 year window for this work.”